Because I receive more and more requests from abroad for the exhibition catalogue Black is beautiful, Rubens to Dumas from 2008, I will publish, again, some of my research and writings in this book. The book has become unaffordable on Amazon. The exhibition and catalogue provided an overview of seven centuries of imagination of black people in Dutch art. It now appears to have become an important reference work for many.

At the beginning of the twentieth century ‘the African’ and African art began to play a significant role for western artists in their rediscovery of the original meaning and purpose of art.

As part of this process the artists of CoBrA and the surrealists sought to find ‘the African’ in themselves. An important predecessor of both surrealism and CoBrA in the early 1920s was dada, the anti-art movement that embraced the forces of the absurd and the irrational. Dada artists discovered jazz music and dances, such as the cakewalk, foxtrot and ragtime, which they integrated into their projects. They also organised many performances incorporating ‘negro’ poems (poems by and about ‘negroes’), jazz music, masks and drums.

The surrealists shifted the focus from the irrational to the dream and the dream space; they regarded the art of Oceania, the Inuit, Aboriginals and outsiders such as the mentally disabled as a dream space that was both dramatic and narrative; they also sought new mythological tales amongst Africans and African Americans. The surrealists’ intention was to reject the old European establishment, as is evident in the 1927 novel by the surrealist Philippe Soupault 1897 –1990, entitled Le Nègre, in which ‘the negro’ symbolically murders the prostitute Europe.

The Dutch surrealist Jacob Bendien 1890 –1933 wrote of the surrealists’ new dream space: ‘If, aided by our contempt for our mind’s smart tricks, we now succeed in silencing the incessantly babbling and criticizing intellect, we may manage after much practice to bring the so little known subconscious to the surface of our consciousness, only moderately inhibited and filtered. In this way is a new reality shaped, called by the Surrealists “surreality”, – hence the name Surrealism.’

In the years following the Second World War the Experimental Group and CoBrA initially felt an affinity with the premises on which surrealism was based.

A major influence on a number of artists who would join forces in 1948 was the exhibition held in the Rijksmuseum in 1945, Kunst in vrijheid, at which Various works from New Guinea and Surinam were displayed. Anton Rooskens 1906 –1976, Eugène Brands 1913 – 2001 and Corneille (Guillaume van Beverloo, 1922) were particularly impressed by these, and their interest in ‘primitive’ art took a different direction from that of the surrealists. Constant (Nieuwenhuys, 1920 – 2005) wrote in 1949 that the surrealists were too western and too literary for the experimentalists and CoBrA: the CoBrA artists preferred to derive their inspiration from existing primitive forces, ancient and non-western cultures, folk art, drawings by children and schizophrenics and nature herself.

Contemporary culture had died, Constant claimed, and people should start a new society; artists, who wished to create an entirely new culture, and ‘primitive’ cultures, especially the African culture, could help in this regard. Although  CoBrA had determined to avoid the literary, its artists maintained close connections with the experimental poets and writers of the ‘Vijftigers’ literary movement. In 1951 –1952 Remco Campert, one of these writers, wrote a now celebrated poem, Een neger uit Mozambique (A negro from Mozambique), which expresses the hope of being able to escape from the grey post-war years with the help of a negro from Mozambique; ‘wij willen een neger uit Mozambique, wij zullen eindelijk zeer gelukkig zijn’ (we want a negro from Mozambique, we’ll be extremely happy at last) is one passage from the poem. Another well-known poem of a later date is

There’s a big surly negro dropped down in me

me neither for it’s dark there and black

of all my white almightiness

It is interesting to note that there was a black South African artist, Ernest Mancoba 1910 – 2002, in the immediate CoBrA circle, although his influence on the group is as yet unclear.

Why is he hardly mentioned in the books on Cobra? Is it because he is African? Is he seen as a primitive (traditional or etnografic) artist instead of an artist working in a primitivist ‘style’? Is primitivism only for European artists? 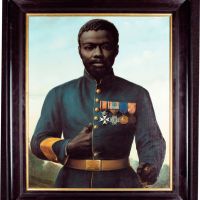 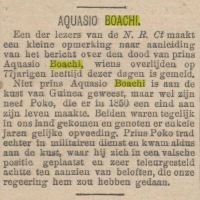 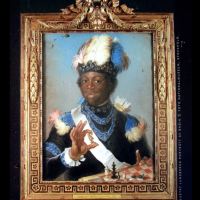