Similarities and Differences between Kehinde Wiley and the Singh Twins

During my visit to Bozar in Brussels in 2018 I saw for the third or fourth time works of art by Kehinde Wiley, in real life.

The first time was in 2011 in New York at MAD (Museum of Arts and Design) in The Global Africa Project. The Global Africa Project surveyed the work of designers, craftsmen and artists who create within the psychic and physical space that is known as ‘Africa’ in the contemporary world. The individuals in this exhibition live and work in Europe in Europa, Africa, the Americas and Asia. They defied any stereotypes of what we may think of as ‘African’. and thus this exhibition didn’t attempt to define an overarching African aesthetic. The artists shared certain sensibilities.

In his works he gives ordinary people from the street an often heroic leading role. They are lifted onto a pedestal (or rearing horse).These paintings are heavily decorated with fantastic, sometimes recognizable, patterns. He usually refers to old European masters and well-known works.

The other places where I saw his work were also in New York. F.i.: The Jewish Museum, here they had a large exhibition of his work, https://thejewishmuseum.org/index.php/exhibitions/kehinde-wiley-the-world-stage-israel.

And of course the Brooklyn museum. In this museum one of his most famous works is included in the collection. https://www.brooklynmuseum.org/exhibitions/david_wiley

In 2018 I got the opportunity to see new work by the artist in Europe. Bozar in Brussels had cleared a room to show stained glass works by him (and his studio). At first glance a surprising new development to me. But if you think about it longer, maybe not that surprising. Stained glass is traditional, especially in the churches, an art form that incorporates all kinds of symbolism. Something that Wiley’s work is full of. And in hindsight, the enormous decorative possibilities of the material and theatrical effect it has make it almost natural that he chose this.

A few days later I saw a much larger contemporary exhibition of the Sing Twins who had started using the same technique. But this time not in a biblical way, but critically historical and also full of symbolism and decorative elements. Another big difference is that they are not looking for the divine in people. Rather the opposite.

The Twins were new to me.

Apart from the substantive differences in purpose and meaning, there were great similarities in terms of expression between Wiley’s and the Singh Twins works.

Most striking similarity: central to almost all the works is one character depicted full-length.

The nice thing about the Singh exhibition was that it also explained how they worked and what their documentation material was. Below a very selective picture review with a few exhibition texts.

Slaves of Fashion explores the story of Indian textiles and its contemporary relevance. It reveals the beauty of Indian fabrics and the skills of those who made them. However it goes further: it also highlights the history and politics of global trade. A serie of Eleven symbolic portraits of historical figures represent different stories about India’s textile industry and hidden aspects as slavery, empire and the conflict with luxury lifestyle.

Coromandel: Sugar and Spice, Not so Nice. (Portrait of Mata Hari)

Next to each work there is a detailed explanation of what can be seen. A summary of Coromandel:
‘Coromandel is a region on the south-east coast of India, renowned for the best Indian textiles. Initially, the Dutch controlled the lucrative spice market through trade in textiles from this area. By the late 17th century they were selling the cloth in Europe for use as furnishing and clothes.’ The Dutch woman in the artwork wears a coat of floral fabric from Coramandel. She stands in front of a spice tree, symbol of the Dutch trade in spices such as nutmeg, pepper and cloves. The tree takes the form of ‘Tree of Life’, a frequent motives in Indian furnishing fabric.

Hanging from the tree we see the shocking image of a tortured figure. The Dutch used the profits of their trade in Indian textiles to fund the use of enslaved people on their sugar plantations in South America.

Summary: ‘In this work, The Singh Twins represent the horror of the transatlantic slave trade and its legacies. Traders sailed from Europe to West Africa. The Indiennes of the title are cotton fabrics made in India for the French. In the 18th century merchants from the port of Nantes traded these for enslaved Africans.’

The central female figure is wearing these fabrics. At the top we can see the badge of the India Natal shipping line. After the abolition of slavery, the company brought workers from India to sugar plantations in South Africa.

Indigo: The Colour of India.

Summary : ‘This artwork tells the story of the indigo plant. It was used in India as a fabric dye for thousands of years. Blue dyes were once rare and valuable. Indigo was prized for its rich, deep shade and colour-fast qualities. The main figure is Mumtaz Mahal, wife of Emperor Shah Jehan. He built the Taj Mahal in her Memory in Agra. A detail of the artwork shows how indigo was traded for enslaved people. The Singh Twins expose the misery of Indian farmers forced to grow indigo by the British.  This reliance on indigo contributed to the Bengal famine of 1770, in which millions of people died.’

Other portraits by The Singh Twins on display

In the second part of the exhibition, examples of The Twins’ creative techniques and examples.

This exhibition was interesting for everyone interested in history, fashion, India and Art. It is also a nice example of storytelling for exhibition makers. A considerable amount of attention was paid to the Dutch share in this history. See for more https://www.singhtwins.co.uk/

So much for these two exhibitions that I happened to see shortly after each other in 2018. A year we could naturally travel to exhibitions abroad.

In 2013 my book Cobra aan de gracht / Cobra on the Canal was published by Samsara publications.

(About f.i. On the terras, by Nola Hatterman but also Jan Sluijters, Kees van Dongen, Irma Stern and more) 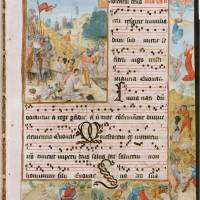 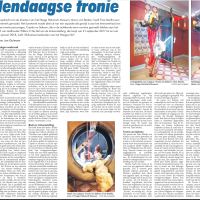 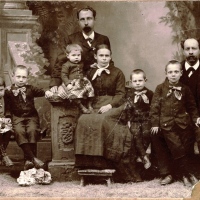 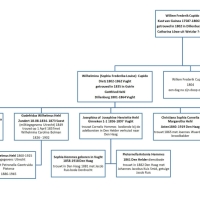 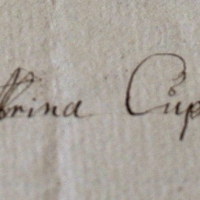 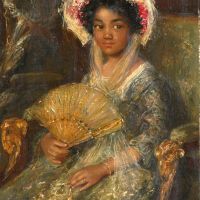 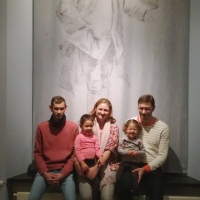 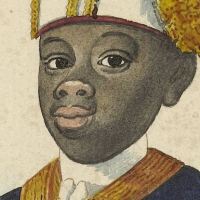 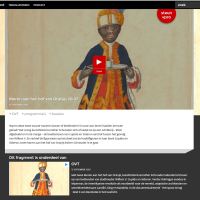 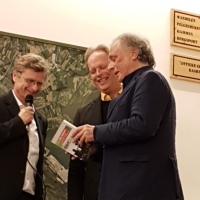